“I'm an American country boy who loves his country, his family and his God, and all of those things collectively dictate who I am.” 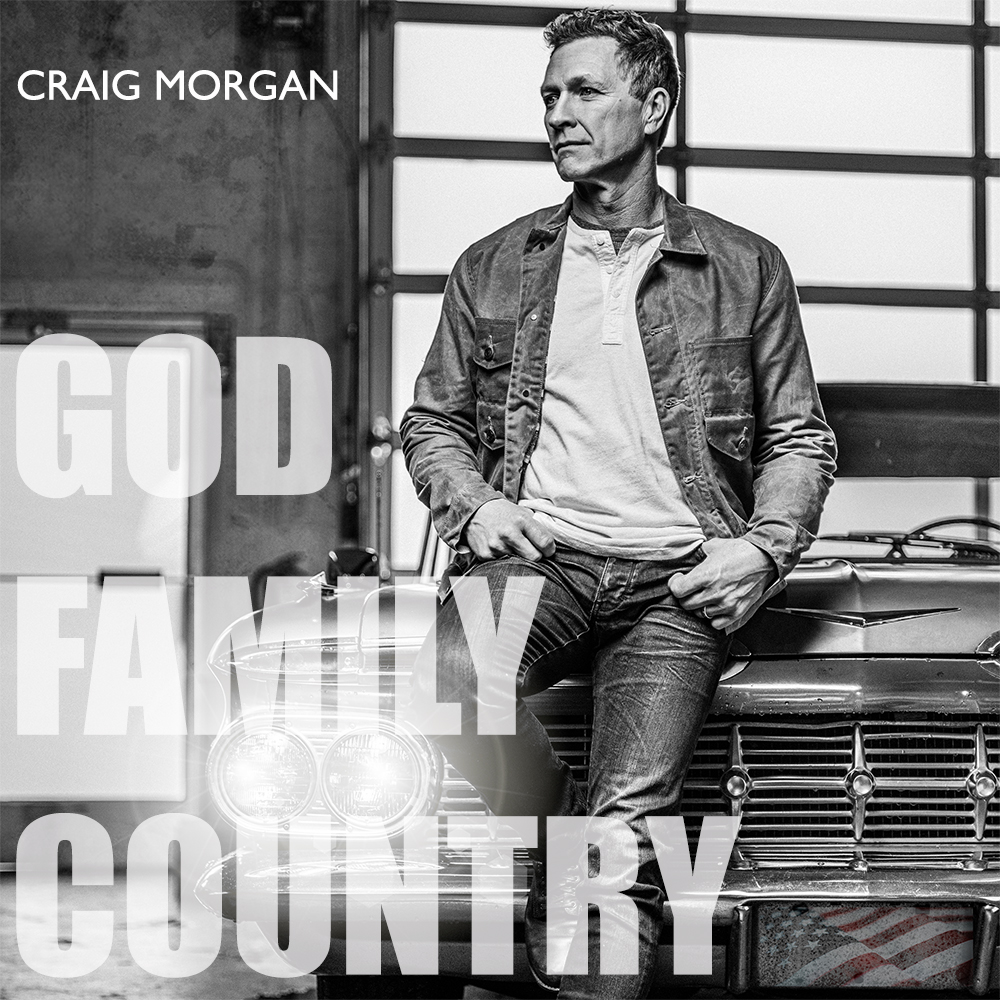 Craig Morgan has many homes. As a man of faith, he has refuge in his Church. As a father and husband, he's at home with his family outside Nashville. And as an Army veteran, he has a respected role within the United States military. On his latest album, God, Family, Country, Craig pays tribute to all three of those pillars while returning to the record label with whom he scored his first Top 10 single. That song's title? "Almost Home."

After 20 years as a chart-topping country music singer, songwriter and live performer, Craig returns to Broken Bow Records to release his first new music in nearly four years. But God, Family, Country, his ninth studio album, is a little different. It combines five new songs with some of the most powerful tracks he recorded for Broken Bow from 2002 to 2008, including "That's What I Love About Sunday," "Almost Home," and "God, Family, Country." It's past hits mixed with future signatures. And it's all Craig Morgan.

But Craig today is much different than the guy who released country-radio classics like the four-week Number One "That's What I Love About Sunday," the smash party anthem "Redneck Yacht Club," and their fellow fan favorites "International Harvester" and "Little Bit of Life." He still has an unquenchable spirit and joy for life, but he and his family have also known great loss: the death of their son Jerry in 2016. Instead of snuffing out Craig's artistry, however, the unimaginable tragedy led to him writing his most stunning song to date, "The Father, My Son and the Holy Ghost." The achingly personal ballad topped the iTunes all-genre sales chart in September and is the centerpiece of both God, Family, Country and of Craig's story itself.

"We've never had a song like this. If you put 'Almost Home,' 'What I Love About Sunday' and 'Tough' all together, they didn't have the emotional impact that this song is having," Craig says. "It's a very tough song to sing, and sometimes I can't even look at people when I perform it, but it's amazing to know what God has done, and how He has used something so traumatic in my life for good."

Along with "The Father, My Son and the Holy Ghost"  which he wrote and produced himself  God, Family, Country features two other tracks written by Craig.

"Going Out Like This" is a high-energy love song that found Craig collaborating with his bandleader Mike Rogers, guitarist Korey Hunt and his stage manager Sam Banks, a budding songwriter. Mike, Korey and Sam were already writing the track when they asked Craig for his help; by that night's show, they were playing it live. "A lot of relationship songs are either bubbly and funny, or they're negative. This one talks about how love can be tough, but you just don't give up," says Craig, who has been married to wife Karen for 31 years. "It was just songwriters sitting down and coming up with a great idea."

For "Sippin' on the Simple Life," he teamed with a pair of active duty Army Airborne Rangers for an impromptu writing session. "These two guys came up to me after a show in Washington, D.C., and said, 'We want to write a song with you tonight.' I joked with them and told them it doesn't work that way!" Craig recalls. But after realizing they weren't kidding, he and Mike sat down with the servicemen, ordered drinks, and brought their idea to fruition  just before they deployed to Afghanistan. "I thought, 'This is a tailgate drinking song,' and I fell in love with it. I called them and told them I'm putting it on the record. They lost their minds."

Craig saw a bit of himself in those soldiers  he too began writing songs when he was in the Army and even met Garth Brooks during that time. "Except I never said, 'Hey, Garth, I have a song!'" he says. "These guys had the guts to do what I didn't."

Be it the seeds of an idea or fully realized composition, Craig has always recognized a good song when he hears one. On God, Family, Country, he offers his version of Gavin DeGraw's "Soldier." "I heard Gavin sing that and thought, 'Dang, that is my song,'" Craig says. "It truly exemplifies the personality and the character of a soldier and I just had to record it."/p>

He was just as drawn to "Whiskey," a song about regret and self-medication that he first heard when the song's co-writer Anthony Smith posted a demo to Facebook. "Lord I hate the taste of whiskey, but I drink it anyway," goes the chorus.

"At different points in our life, different songs have different meanings," Craig says. "Shortly after Jerry died, I was at a crossroads. I've had friends who drank through heartaches and there were times when I thought, 'If I could just get drunk, I'll be OK at least until tomorrow.' I didn't take that road, but I feel like this song will speak to the people who have."

It's also 100 percent country, and calls to mind the best of Craig's radio hits. He's grateful for the support that the format has shown him and is excited for his friends at country radio to hear the new music. A member of the Grand Ole Opry, he's gearing up for an extensive headlining tour and will also offer fans a glimpse into his private life with the new TV series Craig's World, airing on the Circle Network.

But it's all united by God, Family, Country.

"This album is based on everything that's happened in my life and my career," Craig says. "I feel like I have some of the most quality songs I've ever recorded, and there is a new energy here. After all I've been through, I'm at one of the most inspired places I've ever been."