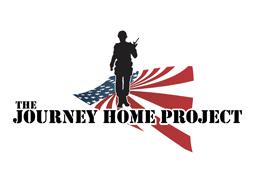 For the 4th straight year, The Journey Home Project, founded by Country Music Hall of Fame member Charlie Daniels and his long-time manager David Corlew, will host their annual charity dinner event on Tuesday, September 19, 2017, from 6pm to 9pm at The Palm Restaurant located at 140 5th Ave South, Nashville, Tennessee. Tickets can be purchased through Paige Dixon at (615) 742-3193 or [email protected], proceeds benefit The Journey Home Project.

The evening is a collection of guest speakers and performers. 2017 will bring together an array of guest speakers and performers, which will include featured speakers, American combat veteran, Kyle E. Lamb, along with former New York Citys Police Commissioner Bernard B. Kerik and performances by Charlie Daniels, Craig Morgan, and Scooter Brown. Marisa Wayne, Mark Oz Geist, John Tig Tiegen are special guests and Storme Warren and David Rutherford are set to co-host the special event

"Every year this event grows, which allows us to continue to broaden the reach The Journey Home Project has, in supporting the many needs that returning veterans are faced with," says David Corlew. "It's a wonderful opportunity for us to share our appreciation for the men and women who have, and do serve our great country."

As a result of funds raised through Daniels' 40th Anniversary Volunteer Jam in 2015 and 80th Birthday Volunteer Jam in 2016 at the Bridgestone Arena and other entertainment related events, The Journey Home Project has been able to donate funds to help with the completion of the state-of-the-art Veterans and Military Families Center on campus at Middle Tennessee State University (MTSU), among various other fundraising events for veterans. For more information, visit www.thejourneyhomeproject.org.

About Bernard B. Kerik:
As New York Citys 40th Police Commissioner, Bernard B. Kerik was on the scene moments after two hijacked airliners slammed through the Twin Towers of the World Trade Center on September 11, 2001. While tirelessly overseeing the NYPDs response, rescue, recovery and the investigative efforts of the most substantial terror attack in world history, he worked with Mayor Rudy Giuliani to keep the city safe and secure with his strength, determination and leadership. Considered one of the most decorated police commissioners in the history of the New York City Police Department, in the line of duty, he has rescued people from burning buildings, been stabbed, shot at, and saved his partner who had been wounded in a gun battle. He survived the terror attacks on 9/11, and a bomb plot in Iraq. He has been the target of numerous death threats, seized tons of cocaine and millions in drugs proceeds from the Cali Cartel, and brought cop killers, Colombian drug lords and Iraqi terrorists to justice. His service to his country has been recognized in more than 100 awards for public and heroic service, including the New York City Police Departments Medal for Valor and 29 NYPD medals for excellent and meritorious service. He has been commended for heroism by President Ronald Reagan, received the DEA Administrators Award, two Distinguished Service Awards from the U.S. Department of Homeland Security, The Ellis Island Medal of Honor, and an appointment as Honorary Commander of the Most Excellent Order of the British Empire by Her Majesty Queen Elizabeth II.

About Craig Morgan:
A multi-faceted entertainer, Craig Morgan has made a name for himself as a country music icon, TV host, celebrated outdoorsman and patriotic Army veteran. One of country music's best-loved artists, Morgan thrills massive crowds with signature hits, including Bonfire, Almost Home, Redneck Yacht Club, International Harvester, This Ole Boy, Wake Up Loving You and the six week #1, That's What I Love About Sunday. His newest album, A Whole Lot More To Me, released in June 2016, features singles Ill Be Home Soon and When Im Gone.

Craig received one of country music's highest honors when he was inducted as a member of the Grand Ole Opry in 2008. In addition to a prolific country music career, he hosts the award-winning TV show Craig Morgan: All Access Outdoors, approaching its eighth season on Outdoor Channel. Prior to becoming a country music star and TV sensation, Morgan spent seventeen years serving our country in the Army and Army Reserves. He is an avid supporter of America's military personnel and a recipient of the 2006 USO Merit Award.

Engage with him on Facebook, Instagram and Twitter and get tickets for Operation FINALLY HOME Welcomes "American Stories Tour with Craig Morgan and very special guests at craigmorgan.com.

About John Tig Tiegen:
Annex Security Team member was in the midst of his third trip to Benghazi, Libya for the CIAs GRS when the attack of September 11, 2012 occurred and was part of the CIA annex security team that responded to the terrorist attack on the US Special Mission. Tig directly saved the lives of many on his team, also was paramount in saving over 2 dozen lives while fighting off terrorists from the US Special Mission and the CIA Annex for over 13 hours. Tig received the Award For Heroism and Valor in recognition of his bravery. He is the co-author of 13 Hours along with members of the Annex Security team and NYTs best-selling author, Mitchell Zuckoff. He also consulted on the movie 13 Hours The Secret Solders of Benghazi, and helped with the set design and the movie script.

About Kyle E. Lamb:
Founder and owner of Viking Tactics, Sergeant Major Kyle E. Lamb, is a former U.S. Tier 1 Special Operations Forces Operator who served in the elite group U.S. Delta Force. Sergeant Major Kyle E. Lamb has served more than 21 years in the U.S. Army, 15 of which were in Special Operations. SGM Lamb has conducted combat operations in numerous theatres, including Mogadishu, Somalia (Black Hawk Down Incident), and has served numerous tours in Iraq (the current war as well as Operation Desert Storm) and Bosnia.

About Marisa Wayne:
Marisa is the youngest of John Waynes seven children. She is a mother of two and lives in Costa Mesa, CA where she owns 2 indoor cycling studios, GritCycle and GritCycle - Dana Point. She lived in Nashville in the mid-nineties and still has a deep love for country music. Her niece, Jennifer Wayne, lives in Nashville and her group, Runaway June, just released their latest single, Wild West. Marisas dads dying wish was that his family use his name to help those fighting cancer, so they established the John Wayne Cancer Foundation in his honor and they are still working hard, 36 years after his death in hopes of finding a cure, and making great advances.

About Mark Oz Geist:
Annex Security Team member that fought the Battle of Benghazi, Libya, from September 11 to September 12, 2012. In 2004, he began doing contract security work in Iraq. Where he worked for Triple Canopy, providing Personal Security Details for Department of State personnel in Baquba, Iraq, then for USIS, the United States Investigative Services, training Iraqi SWAT teams and Personal Security Details. He also served as a mentor/advisor to the Personal Security Detail of Dr. Ayad Allawi, the former Prime Minister of Iraq. Oz finished his career as a security contractor in Benghazi, Libya, where he was credited with helping to save the lives of more than 25 Americans, and is a co-author of the bestselling book 13 Hours: The Inside Account of What Really Happened in Benghazi as well as consulting on the Michael Bay film.

About Scooter Brown:
After 4 years and 3 months, 2 tours overseas with 1 tour of combat in Iraq as a United States Marine, Scooter Brown traded his guns in for guitars and hit the road. The Scooter Brown Band has been touring the country opening for some of their biggest in influences including: The Charlie Daniels Band, Travis Tritt and The Marshall Tucker Band. The band has been building a new era in their career and are gearing up for the September release of their newest album project American Son  defining modern southern rock.